At first, light available to humans came only from stars: the sun and its reflection on the moon. For millennial mankind accepted its incapacity to see in the dark and adapted consequently to the natural rhythm of the celestial spheres, of dawn and dusk. But such agreement changed about 2 million

years ago. The appearance of the controlled use of fire marked the beginning of the search for how to transform night into day at will. But getting light from burning stuff was very inefficient (it heated more than illuminated) and uncomfortable (pollution due to smoke). Then about some 70 thousand years ago, light began to come from burning fuel: animal fat first, oil or wax then, or gas and kerosene more recently not only allowed a more efficient use of energy but also introduced the need for a more specific design of the light’s source. The appearance of electrical power at the turn of the last century started a technological development that irrespective of the scientific principle employed to produce light (incandescent, fluorescent or metal halides), made any other source of energy almost disappear. The next step in the production of light came with the development of Light Emitting Diodes (LED). For the first time, light shifted from the electrical realm to the field of electronics. But for some reason such revolutionary step has not permeated society; people look for lights and lamps in the white goods section, not in the electronics section. Our project for Artemide is about integrating the first and the last moment in the history of light: celestial spheres with electronics. On the one hand we want light to vary its intensity and direction according to phases more than moving pieces of a mechanism. On the other hand, we want to aknowledge the fact that the future of light is electronic, not electric. The distinctive potential of electronics is its capacity to carry information that allow for multiple ways of interaction, such as a tactile screen. So, our project is a low voltage, moveable, dark sphere intuitively activated by touch. Hence the name Huara, the aymarà word for star. Aymarà is the native population of the Acatama desert, the driest and darkest one in the world. In other words, the place from where one can see more stars in the planet; no wonder that by 2020, 70 % of the cutting edge astronomical observation capacity of the planet will be in the land of Aymarà. Huara is to honor the original light source of mankind and the state of the art technology. 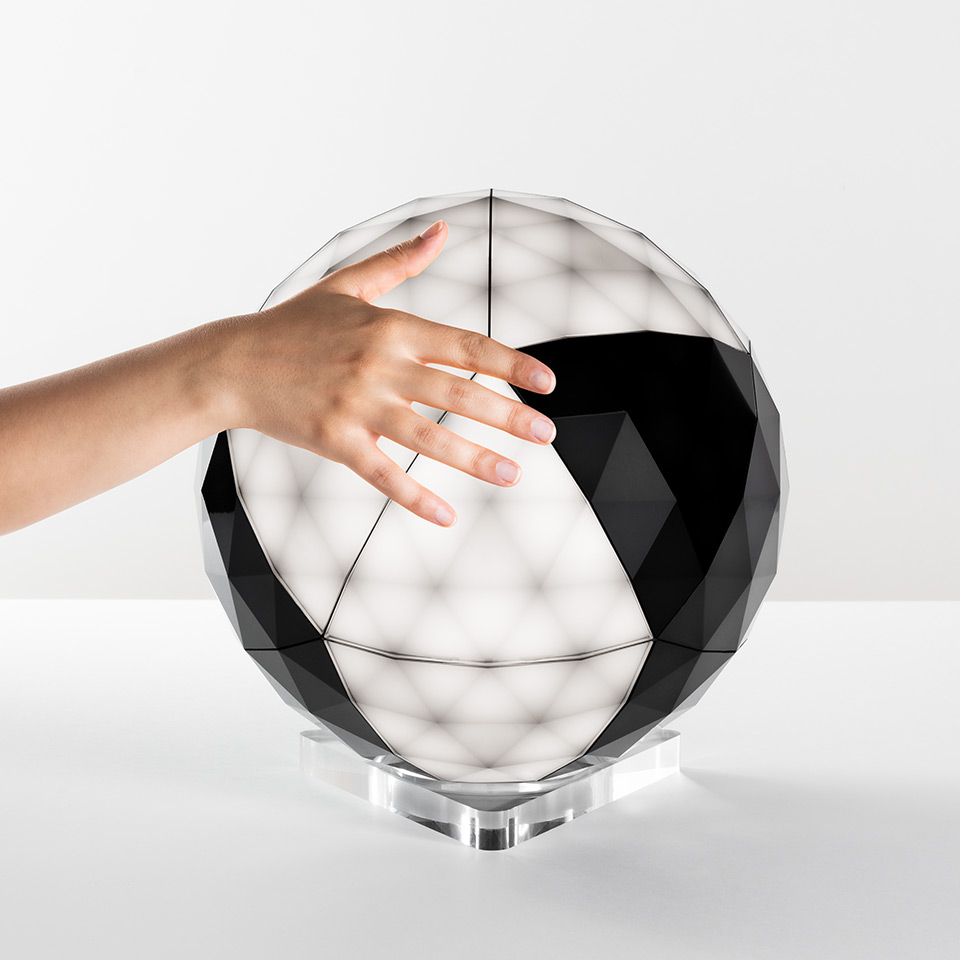